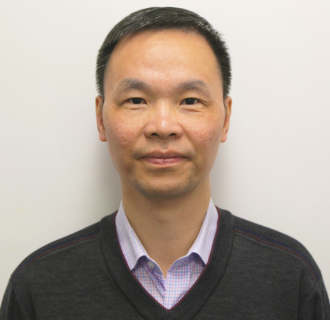 Abstract: In this talk, I will introduce the concept of artificial intelligence (AI) and its uses. Then, I discuss the current public opinion on AI and its hype. I also present the regulation of AI in the community, followed by the discussion on challenges in the field. Finally, I predict the future work in AI using a few examples.


Biography: Dr. Huiyu Zhou received a Bachelor of Engineering degree in Radio Technology from Huazhong University of Science and Technology of China, and a Master of Science degree in Biomedical Engineering from University of Dundee of United Kingdom, respectively. He was awarded a Doctor of Philosophy degree in Computer Vision from Heriot-Watt University, Edinburgh, United Kingdom. Dr. Zhou currently is a Professor at School of Informatics, University of Leicester, United Kingdom. He has published over 300 peer-reviewed papers in the field. He was the recipient of "CVIU 2012 Most Cited Paper Award", “MIUA 2020 Best Paper Award”, “ICPRAM 2016 Best Paper Award” and was nominated for “ICPRAM 2017 Best Student Paper Award” and "MBEC 2006 Nightingale Prize". Dr. Zhou serves as the Editor-in-Chief of Recent Advances in Electrical & Electronic Engineering and Associate Editor of "IEEE Transaction on Human-Machine Systems" and “IEEE Access”, and Area Chair of IJCAI and BMVC. He is one of the Technical Committee of “IEEE Cognitive and Development Systems”, “Information Assurance & Intelligent Multimedia-Mobile Communication in IEEE SMC Society”, “Robotics Task Force” and “Biometrics Task Force” of the Intelligent Systems Applications Technical Committee, IEEE Computational Intelligence Society. He has given over 90 invited talks at international conferences, industry and universities, and has served as a chair for 60 international conferences and workshops. His research work has been or is being supported by UK EPSRC, MRC, EU, Royal Society, Leverhulme Trust, Puffin Trust, Alzheimer’s Research UK, Invest NI and industry.